PHILADELPHIA, PA - Tevin Farmer and his manager start to talk strategy for the boxing match as they head to security of the arena. Tevin is hours away from fighting for the Super Featherweight title in his hometown of Philadelphia. 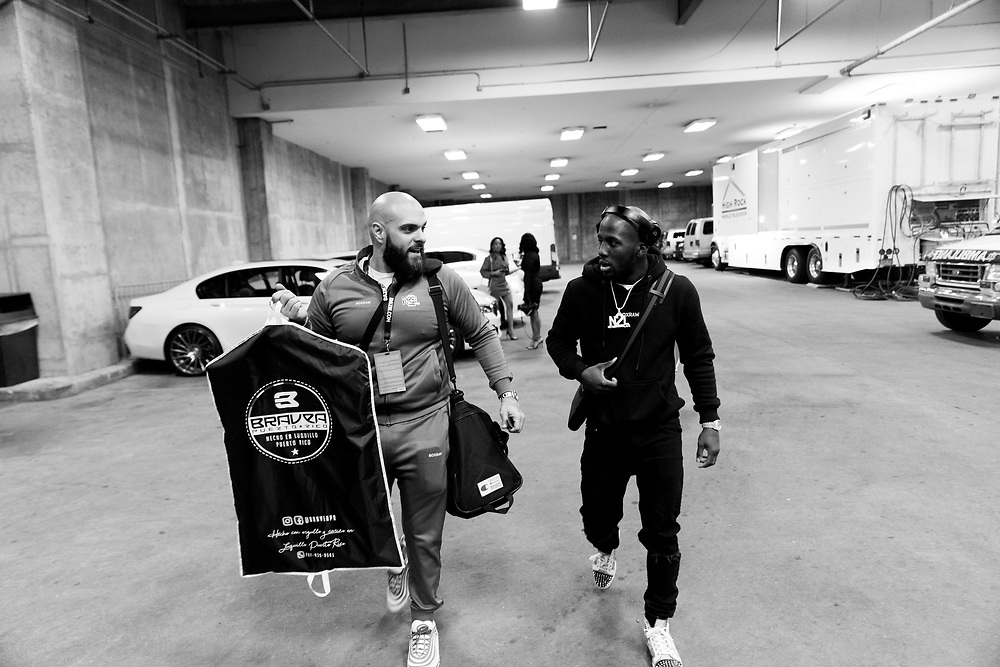